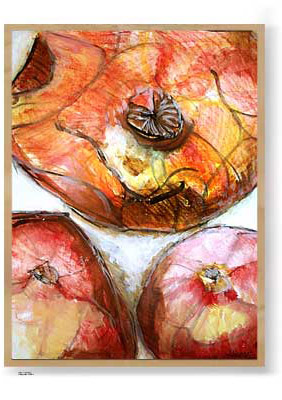 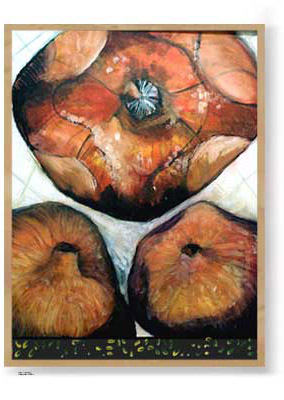 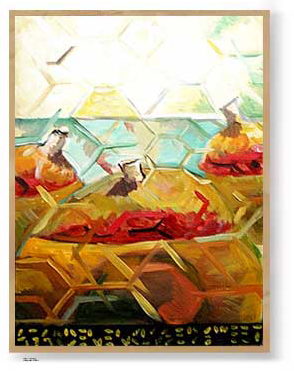 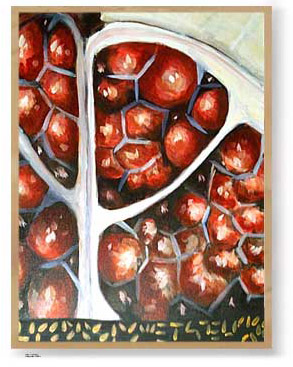 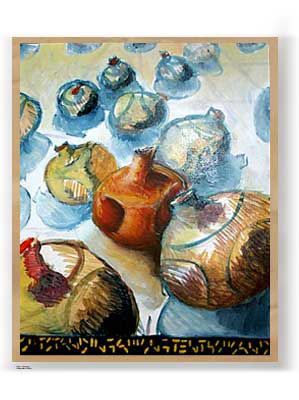 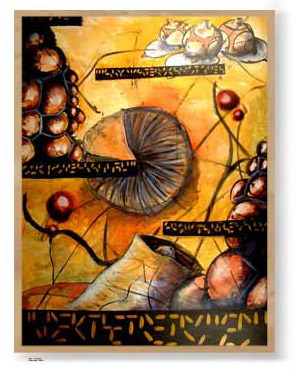 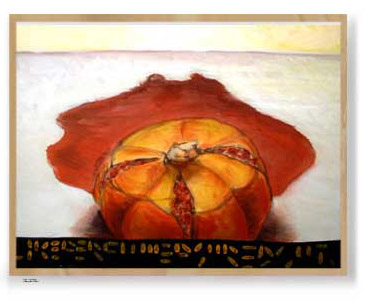 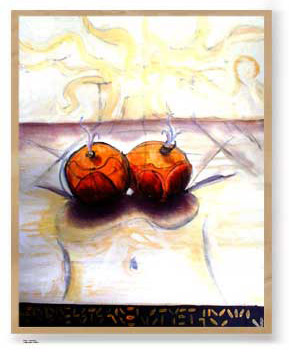 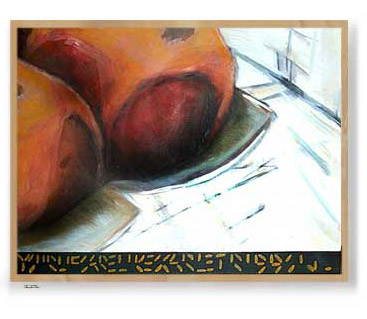 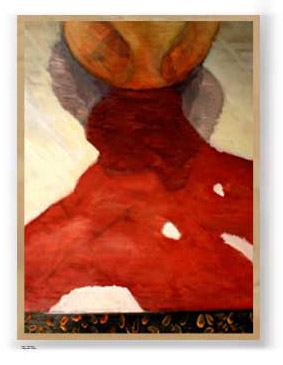 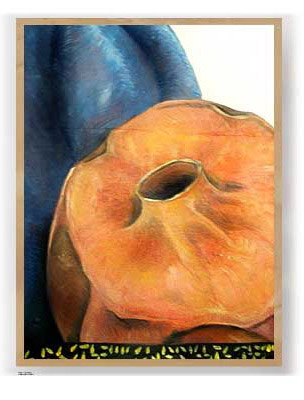 Attraction of opposites, opposing ideas and needs have a habit of attracting each other often times not to the benefit of either party

This was a series that was a mix of multiple objects and ideas that orbited the reality of opposites and irony. Working to create a cohesive series of paintings in a very short time frame before leaving the university studio space which by common definition is a space to take time to process ideas and execute them I took the subject of a fellow artist that I admired but disagreed with as the starting point of the series.

Pomegranates, one of the worlds oldest food items loaded with subtext and history almost as much as the apple but ten times as visually interesting. What should have been infinite in options and support, calculated and plodding was in fact rushed and reactionary to the limitations of the time and place.

No money, limited time with daylight, faculty advisers that were mandated in number and suggested in diversity were combative with each other and the opposite in helpfulness. A still life study was anything but still, unknown individuals destroyed the 10 pomegranates by moving them to the communal freezer for 24 hours turning them into black balls of decay with no possibility to purchase more a still life study became a remembrance or a study once removed.

A celebration of love using text from a book many people hated created anger on both sides of the discussion.